Super late this time (sorry!); but another one bit the dust, so here we go again.
This file includes the movement editor, some of my finished levels and other miscellaneous stuff that may or may not be useful to you.

Transfering the MegaFile to your Wii:

First off, if you already have a Blast Works save file and you want to keep anything therein, BACK IT UP FIRST. Copy your save onto an SD card from your Wii, access it via your PC, then find data.bin in the directory "/private/wii/RBRE/" and set it aside somewhere outside of the Wii-specific directory structure, being sure to properly identify it should you want or need to access it again.

- If you don't already have Wii data on your SD card, unzip the entire menu tree to it's root directory. Otherwise, simply copy the game-specific folder RBRE into the Title folder.
- It should now be visible as save data on your Wii, copy it to your system from there and you're good to go!

Didn't realize it had been this long since I updated here. >_>

The main thing to report is that I'm getting a bunch of my stuff ready for publishing on OUYA. Yay!
Here's a list of the ones I'm planning on bring over:
-Megatank (v2)
-Laser Carrot Attack (v2)
-Fire Arrow
-Flying V (remix/V5/OUYA Edition/whatever)
- (unnamed Space Harrier type game)
- (unnamed dragon game)

The other thing is that I started experimenting with a little paper doll animation thing that could in theory be used to build a fighting game (or something more interesting, hopefully.) 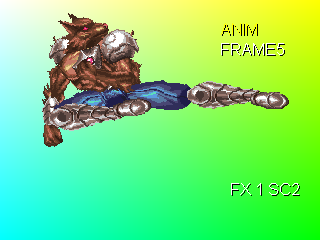 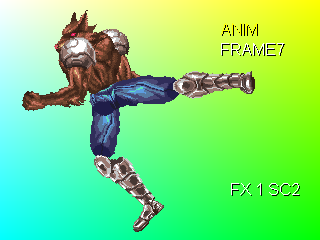 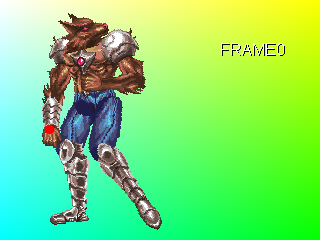 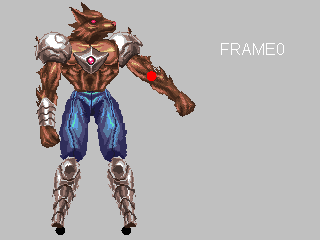 As you can see, even only using an incomplete graphics set (no side or back views yet), it can yield some interesting results. I've even made it to export all the pertinent data for each animation frame. The issue is, though, that the amount of data that needed exporting took me aback somewhat. Somehow, an 8-frame kick animation managed to take up 900+ lines! Granted, that's with every variable hogging the whole line for itself; but still.

Basically, I'm going to have to figure out some clever loading/data crunching scheme if I ever plan to use any of this stuff.. which I would really like to.
Posted by Gryzor at 11:01 PM No comments:

I recently bought a Retron 3 to augment my classic game collection, save some space in my room and also  hopefully save myself a little hassle in trying to get 20+ year old games to work. Here's my rough impressions after a solid weekend of throwing nearly every 8 and 16-bit cartridge I had on hand at this thing.

Keep in mind that the version I have is the newer one (v2?), and there are some important differences  between it and the older model to consider if the Retron interests you at all.


Now, a brief bit on the older model. From what I understand, it lacks the specific sound problems with the SNES that this one has; but has weaker compatibility and the s-video output isn't quite as good. They both have undeniable drawbacks and are likely out of the race altogether for absolute retro purists; but I think it's worth considering which has problems that concern you less.

In conclusion, it probably all depends on how bad those drawbacks are to you. Personally, while I'd really like having flawless sound emulation and everything output to s-video (or component for that matter), just having something that will play games for all three systems, play them all on the first try and only take up one AV input on my TV is definitely enough for my money.
Posted by Gryzor at 4:52 AM No comments:

This one started as a fun little side project trying to teach my friend GML; but soon got out of hand and became it's own game. It's a short, timed survival/caravan shmup that can be played in 3 or 5 minute modes. In 3 minute mode, you get roughly half the stage and 1 boss, while in 5 you have 2 bosses to fight.

The music isn't original to this game, I was lazy and just used some favorites from my tracker/module collection. As I haven't requested explicit permission to use any of these (I thought it might be ok since there's no pretense of selling this), I'll remove any or all of them upon request if necessary.


The game will also look for songs (.mod/.s3m/.it etc.) in the music folder on startup, so feel free to use your own favorites instead. :)

Posted by Gryzor at 6:10 AM No comments:

Figured it had been gathering dust too long, I decided I'd rather just have it more accessible and hopefully more people will be able to play it. Here it is.

Thanks to the few folks that actually bought it! :)
Posted by Gryzor at 12:10 AM No comments:

I was (again) thinking of methods for creating a cool DDP-like beam effect and ended up whipping up a silly little game not long after. :) I knocked it out in one night (tonight, actually), and it shows as it's easily my simplest game yet. There's basically no graphics to speak of, just blow up things with a giant rainbow laser beam of death. ENJOY.

As for other games, I'm waiting on a video converter box for my laptop so I can record footage via an external device (DVD/VCR etc.) without the messiness involved with direct screen capturing making things far more frustrating than they need to be. I plan to do one long demo reel with pretty much everything.
Posted by Gryzor at 2:12 AM No comments: